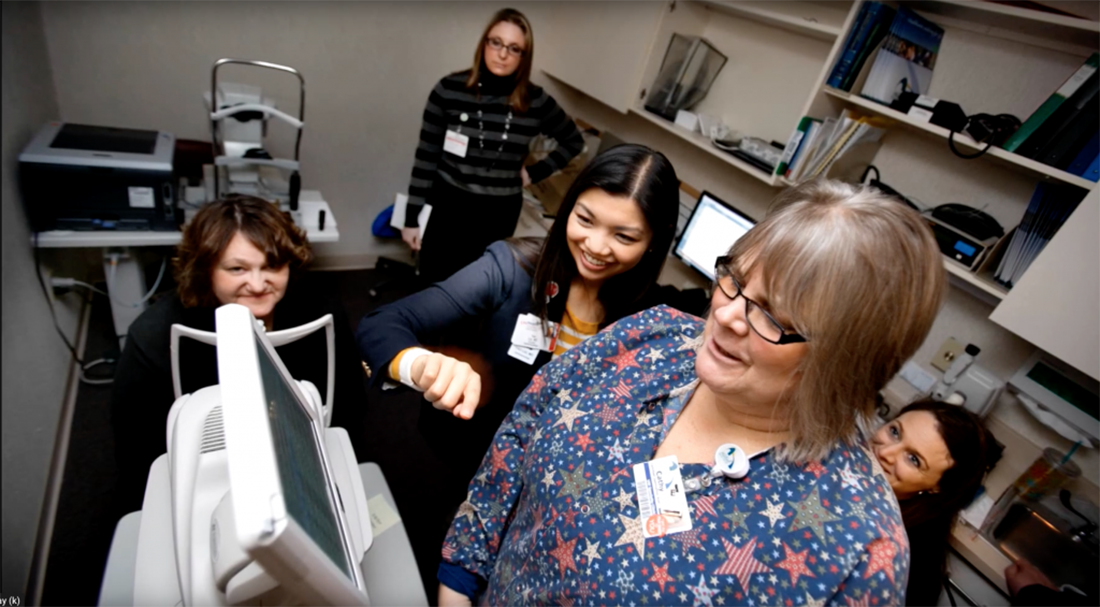 More patients in rural areas across the nation could soon have increased access to vision-saving eye screenings based on a new multi-center clinical trial, led by an investigator at the University of Wisconsin Department of Ophthalmology and Visual Sciences.

Yao Liu, MD, MS is an assistant professor and the Director of the UW Teleophthalmology Program. In September 2021, her I-TRUST (Implementation of Teleophthalmology in Rural Health Systems Study) Study received $4.4 million in funding through a National Institutes of Health/National Eye Institute (NIH/NEI) UG1 grant. This will enable Liu to expand on her previous research to increase diabetic eye screenings in rural communities here in Wisconsin and beyond.

Diabetic eye disease affects an estimated 4.2 million Americans and remains the leading cause of blindness among working-age adults in the United States. Early detection and treatment can prevent 90 percent of severe vision loss, but data shows that nearly half of Americans living with diabetes are not obtaining their yearly eye screenings, as recommended by the American Diabetes Association.

That means over 17 million people – many of whom live in rural areas – are missing out on this important screening.

“Because patients often have no symptoms until very late in the disease, we tend to see patients with diabetic eye disease at a point where we’ve lost a critical opportunity to intervene earlier,” Liu said. “Getting eye screenings and treatment early, using lasers and medications, makes it much more likely that we can prevent blindness from diabetes, preserving a patient’s vision and their independence.”

For rural patients, a major barrier is having to travel long distances to obtain eye screening from an eye care provider. But teleophthalmology, Liu says, represents an exciting solution to close the rural screening gap. Read more …