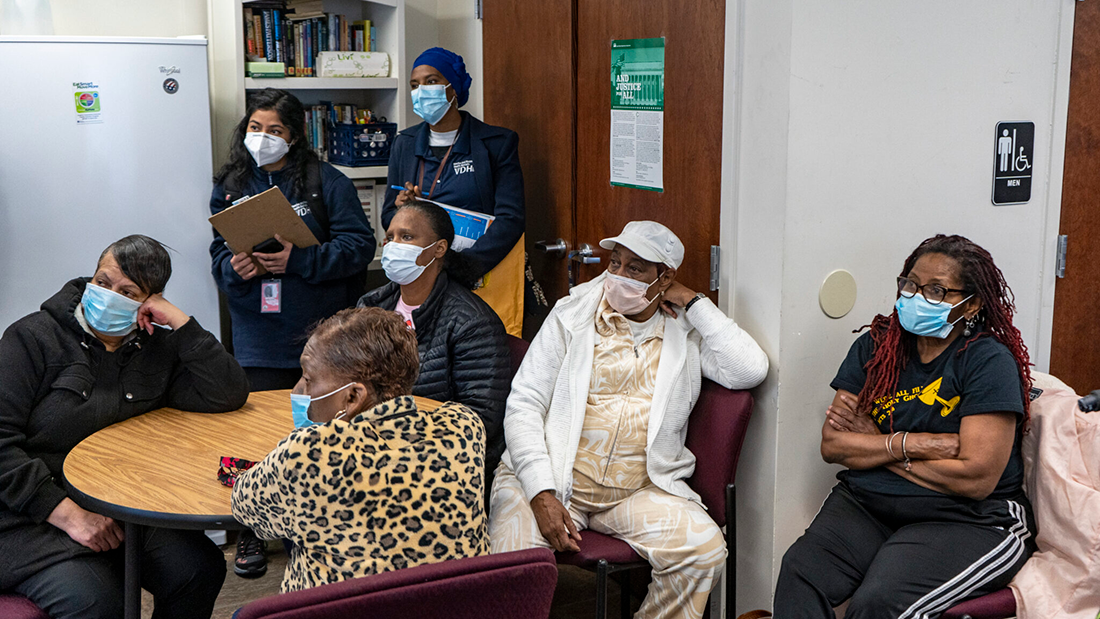 03 Aug The trust-builder: A cancer center director’s try-it-all strategy for breaking the barriers between research and Black patients

The residents agreed: Nobody like Robert Winn — director of the Virginia Commonwealth University Massey Cancer Center — had ever visited the neighborhood before. This development on the outskirts of Richmond, more parking spots and asphalt than trees and lawn, was “the hood,” after all, they said. “This neighborhood — it’s been so long since we had anybody who even cares to come,” said Glenda Barnhart, a 68-year-old resident. Certainly not anybody from the big hospital.

And now, not only was this doctor with a cheesy grin and a bouncy step before them — he’d also brought along several local officials, including their county manager. At first it seemed that Winn, a pulmonologist-oncologist who calls himself first and foremost a bench scientist, had come to the squat buildings at the Coventry Gardens apartments to talk. But Winn had come to listen.

“That’s the most important thing,” he said. “Making sure that we get to hear. We scheduled this to make sure that I’m hearing you — like, what are your needs.”

Since Winn became the director of the Massey Cancer Center at the end of 2019, he’s tried to visit a neighborhood — particularly low-income, rural, or ethnic minority neighborhoods — in one of the 66 towns, cities, or counties that his hospital serves at least a couple times a year. He calls them district walks. It’s one of the cornerstones of an overarching strategy he calls “high tech, high touch.”

High tech, he said, is the wave of advancements in cancer that have revolutionized care. High touch are the personal interactions, often face-to-face, that he’s using to overhaul the way his academic medical institution interacts with marginalized communities. That includes meeting local and state representatives, greeting patients in the community when they go to his hospital for care, taking part in community events, and more. That contact, he hopes, will build trust, reduce health inequities, and increase diversity in clinical trials — a key part to both advancing science and ensuring the most state-of-the-art medicine is accessible to all patients. Read more …